Ewing sarcoma is an aggressive bone tumor, most often found in adolescents and young adults. In 85% of the cases, the cells contain a genetic defect where parts are exchanged between two chromosomes, resulting in the production of an oncogenic protein. As this protein is not present in normal cells, disrupting its function is an interesting therapeutic strategy. Previous attempts to target this mechanism directly have failed, but a deeper insight has revealed a new indirect method with potential.

Traditionally, Ewing sarcoma is treated with a combination of intensive chemotherapy, surgery and/or radiotherapy. However, because systemic chemotherapy fails to establish durable remission in patients with recurring or metastatic disease, the need for new therapeutic strategies is high.

The exchange of chromosome fragments results in the formation of a new functional protein, called EWS-FLI, after the proteins it is a hybrid of. Its effects in the cell are diverse and not fully understood, but are known to cause the cells to become cancerous through a series of direct and direct influences. Targeting its interaction with other proteins with small molecule drugs remains a major challenge.

Furthermore, there is more to it than just the production of the protein, as human stem cells expressing EWS-FLI didn’t lead to the formation of tumors in mice. Other studies have found that so-called “epigenetic alteration” plays a major role in the malignancy of Ewing sarcoma cells. Not only the DNA sequence has an effect, but also chemical modifications on the DNA strand influence how much of a certain protein is produced. This could offer an indirect method to target the pathway.

A little more than a decade ago, a method was discovered to influence the chemical modifications on DNA. The enzyme LSD1 acts as an “epigenetic eraser”, and its effects are involved in diverse biological processes.

LSD1 is expressed in high amounts in several cancer types such as breast, colorectal, lung, ovarian or prostate cancer, neuroblastoma and sarcomas. Therefore, small molecule inhibitors of LSD1 have aggressively pursued as potential therapeutics. Their development is still in its infancy, but a number of such compounds are currently under clinical evaluation.

In preclinical studies, cells expressing EWS-FLI were shown to be more sensitive to some of these potential new drugs. Additionally, in mouse models of Ewing sarcoma, single agent efficacy was detected. The results of the clinical trials are thus eagerly awaited as they can provide a breakthrough in the treatment of Ewing sarcoma and many other cancers.

Inhibitors for LSD1 offer a promising strategy in many cancer types and especially in Ewing sarcoma expressing EWS-FLI. However, a lot of work remains to be done. The clinical validation of potential drugs for Ewing sarcoma is hampered by the low overall incidence and the lack of biomarkers to predict clinical activity and resistance. The results from the trials that are currently running are eagerly awaited. 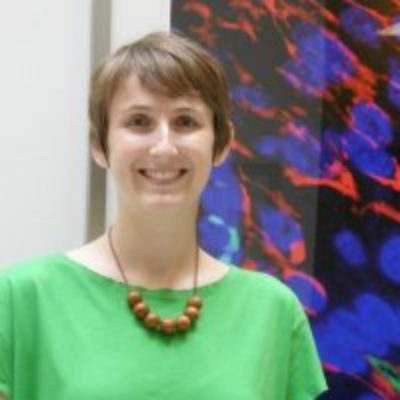 Dr. Theisen is a postdoctoral researcher with a specific focus on understanding and targeting epigenetic mechanisms in pediatric cancer. She reviewed the new therapeutic opportunities in Ewing sarcoma together with her colleagues Kathleen I. Pishas and Ranajeet S. Saund.