Eribulin is currently approved for metastatic breast cancer. Recently, it has also shown activity in patients with progressive soft-tissue sarcomas who were already treated for advanced disease. In this study, its effect was compared to an active control. A positive effect on survival was found, with an acceptable level of side-effects. This drug can thus be considered an additional tool for the treatment of advanced soft-tissue sarcoma and will be investigated more closely.

The first line of treatment for sarcoma is typically chemotherapy with doxorubicin, possibly in combination with ifosfamide. After disease progression, second-line treatments include ifosfamide, dacarbazine, trabectedin or pazopanib. However, their outcomes are generally unsatisfactory as they can only postpone disease progression a little and their impact on overall survival is rather low. The need for better and more tolerable treatment options is high for patients with advanced soft-tissue sarcoma.

A possible addition to the available treatments of sarcoma is eribulin. This is a modified analogue of a compound that was initially isolated from a marine sponge. In the cell, it binds to the ends of microtubules, molecules that are involved in maintaining the structure of the cell. This inhibits their growth and impacts a number of cellular processes. For example, in cancer cells, this suppresses migration and invasion capabilities that enable cancer to spread.

In this trial, 450 patients were randomly assigned a treatment with eribulin or the cytotoxic drug dacarbazine as an active control. This is considered an acceptable and active treatment option for advanced soft-tissue sarcoma, widely administered after failure of other standard therapies. The success of the treatments was evaluated by measuring the overall survival. The study also looked at the time to disease progression, the number of patients who were alive and progression-free after 12 weeks, and the number of patients who had clinical benefit. Finally, the safety and tolerability of the the treatments were compared.

A treatment with eribulin showed a significant and clinically meaningful increase of 2 months of the overall survival. This effect was independent of age, sex, number of prior regimens for advanced disease and geographic region. There are indications that the effect is particularly strong for patients with liposarcoma, but further research is needed to confirm this statistically.

While overall survival improved, the other endpoints such as progression-free survival were similar to the control. This was also reported for its use in metastatic breast cancer. This might thus be attributed to the specific biological effects of eribulin on the tumor. Further investigation of tissue samples collected during the investigations will shed more light on this matter.

This study was unique as it investigates a new individual treatment, while most propose alternative combination treatments of well-known compounds. The effects that were observed in this study show that eribulin merits further exploration in less common subtypes of soft-tissue sarcoma and in earlier lines of treatment, either alone or in combination with other drugs.

Eribulin versus dacarbazine in previously treated patients with advanced liposarcoma or leiomyosarcoma: a randomised, open-label, multicentre, phase 3 trial – The Lancet (2016). 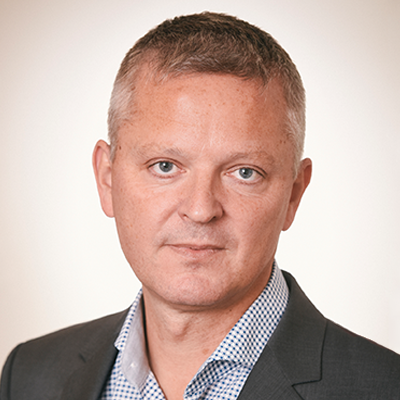 Prof. Schöffski leads the Laboratory of Experimental Oncology and is also the head of the Department of General Medical Oncology of the University Hospital. In addition to running complex clinical trials in the field of personalized medicine, his research is mainly focused on mesenchymal malignancies. His work has resulted in multiple models of soft-tissue sarcoma used in early drug screening or studies on cancer biology.