‹ Read newer
Read older ›
View all articles
Share on Facebook Share on Twitter Share on Linkedin
It’s pretty easy to connect the dots between a lack of sleep and an increased risk of a deadly car crash. But what about an increased risk of cancer? A 2012 study of 101 women newly diagnosed with breast cancer found that those with inadequate sleep were more likely to have more aggressive tumors. Though the results of this survey were statistically significant, the biological connection between sleep and breast cancer is not well understood.

Now, a report in Genes and Cancer by a Michigan State University research team shows that the interplay between melatonin, a hormone involved in sleep-wake cycles, and breast cancer stem cells may provide an explanation. And, more importantly, the study points to melatonin’s potential use as a cancer therapeutic.

Mammospheres: cancer in a more natural environment
To carry out their lab experiments, the researchers grew breast cancer cells into three-dimensional aggregates, called mammospheres, that resemble the tumor cell composition seen in an actual tumor in the body. This cell mix includes breast cancer stem cells which are thought to drive the uncontrolled tumor growth and reccurrence. David Arnosti, a MSU professor and co-author on the study, used a helpful analogy in a university press release to explain the importance of using the mammosphere technique:

You can watch bears in the zoo, but you only understand bear behavior by seeing them in the wild. Similarly, understanding the expression of genes in their natural environment reveals how they interact in disease settings. That’s what is so special about this work.
- David Arnosti

Melatonin fighting cancer cells via their stem cell-like properties
The cancer cells used in this study are also categorized as so-called estrogen receptor (ER) -positive cells. This classification means that the cancer growth is largely stimulated by the hormone estrogen.  The first round of experiments analyzed melatonin’s effects on estrogen’s ability to increase the growth and size of the mammospheres. The team also tested Bisphenol A (BPA), a chemical used in the plastics industry that mimics estrogen’s effects. While estrogen or BPA alone caused a large increase in mammosphere size and number, addition of melatonin stunted these effects.

Next, the team went deeper and looked at melatonin’s impact from a genes and proteins perspective. Estrogen is a steroid hormone that acts by passing through the cell wall and binding to the estrogen receptor inside the cell. Once bound by estrogen, the receptor travels to a cell’s nucleus and binds particular regions of DNA which can activate genes. One of those activated genes is responsible for producing OCT4, a protein that plays a critical role in a stem cell’s ability to indefinitely makes copies of itself and to maintain its unspecialized, stem cell state. This cellular pathway is how estrogen helps drives the growth of ER-positive breast cancer cells. The researchers showed that estrogen- and BPA-stimulated binding of the estrogen receptor to the OCT4 gene in the mammospheres was inhibited when melatonin was added to the cells.

Melatonin: putting cancer stems to bed?
Putting these observations together, melatonin appears to suppress breast tumor growth by directing inhibiting genes responsible for driving the stem cell-like properties of the breast cancer stem cells within the mammosphere. Melatonin is produced by the brain’s pineal gland which is only active at night. Once released, melatonin helps induce sleep. So a disrupted sleep pattern, like insomnia, would reduce melatonin levels and as a consequence the block on estrogen driven cancer growth is removed. ­

This work establishes the principal by which cancer stem cell growth may be regulated by natural hormones, and provides an important new technique to screen chemicals for cancer-promoting effects, as well as identify potential new drugs for use in the clinic.
- James Trosko

Keep in mind that these are very preliminary studies and more work is needed before a potential clinical application sees the light of day. In the meantime, have a good day and get a good night’s sleep. 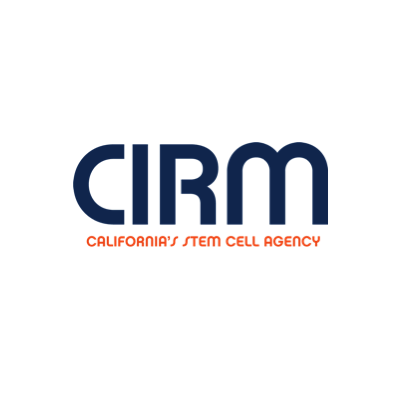