Buttermilk is a rich source of bioactive polar lipids and proteins. The effect of these molecules in cancer management has been known for over 40 years. This study compared the growth modulatory effects of buttermilks with a different composition on a human colon cancer cell line.

Complex lipids present in dairy products have been shown in earlier studies to suppress the colonic cell proliferation and early lesions of colon cancer in mice. The anticancer effect was influenced by heat treatment. Other processing steps, such as washing, centrifugation and microfiltration could be critical for the value of buttermilk as a functional food as well.

In this study, buttermilk was prepared by separating the cream and skim milk by centrifugation. Part of the cream was washed by adding water and repeating the centrifugation. After pasteurization, all cream was churned to release buttermilk, which was then filtered over a membrane. The original feed, the filtrate and the fraction recovered on the membrane were analyzed for anticancer properties.

Further investigations are needed to assign anticancer properties to buttermilk and investigate the mode of action, genetic influences on the effect, etc. While washing the cream was shown to increase activity, this additional processing step will increase the buttermilk price. A detailed analysis should be performed to investigate if the effect is large enough to warrant this additional cost.

Buttermilk is a natural byproduct of butter manufacturing, well tolerated and suitable for human consumption. The recommended daily intake of fresh and fermented milk products is 250 mL per day. While the effect remains to be confirmed, a similar daily consumption of buttermilk fulfills this need and may have an additional value for cancer patients. This study showed buttermilk of different compositions could inhibit the growth of cancer cell lines.

Anticancer Activity of Buttermilk Against SW480 Colon Cancer Cells is Associated with Caspase-Independent Cell Death and Attenuation of Wnt, Akt, and ERK Signaling – Nutrition and Cancer (2016) 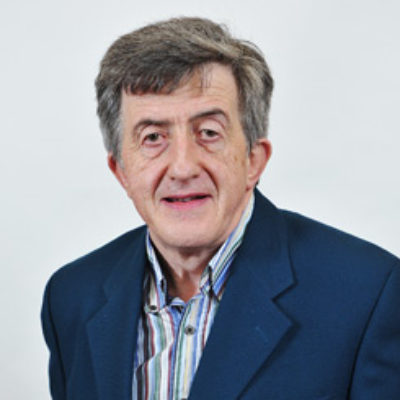 Dr Kelly is specialized in Dairy Technology, Food Ingredients and Food Processing & Functionality. His research interests include physico-chemical and functional changes to milk during processing, and the use of new technologies to obtain a targeted enrichment or enhanced functionality of milk components, for example in the fight against cancer.