A new biomarker to predict chemotherapy sensitivity in breast cancer

While chemotherapy is being offered to about 60% of patients with breast cancer, combined results of 100.000 cases show that it only reduces recurrence and mortality by 20-33%. In addition to new drugs, the search for molecular markers that can guide the choice of breast cancer treatment is ongoing. When investigating the genes involved in cell growth and division, a new marker SPAG5 was identified, which could become both a new therapeutic target in breast cancer and a prognostic marker for chemotherapy sensitivity.

New technologies in molecular biology have lead to enormous amounts of data that have been used to generate cancer profiles and guide chemotherapy treatment. However, the current technologies do not yet offer an improvement in predictive accuracy compared to the traditional and cheaper immunochemistry approaches such as HER2 status or estrogen receptor. This study looked for new biomarkers to guide therapeutic considerations on chemotherapy in breast cancer patients.

From different clinical trials on early stage breast cancer, data was pooled resulting in information of 5439 patients. This included the treatment they received, the outcome and some genetic information. With their gene expression profiles, maps were generated showing the interaction between the different genes to identify potential new biomarkers.

In these gene interaction maps, SPAG5 was the most prominent of those involved in proliferation. SPAG5 is known to play an important role in mitosis, the part of cell division where the chromosomes are divided into two identical sets. Its effect on disease outcomes was also investigated. This showed that more SPAG5 gene copies were present in 10 – 19% of breast cancers. More protein and more copies of the gene were both associated with poor clinical outcome.

In cervical cancer, SPAG5 has also been shown to be present in greater amounts. Inhibiting its activity increases cell death and prevents the migration of cancer cells. SPAG5 could thus be a target for new drugs. In contrast, the most used chemotherapeutics such as anthracyclines and taxanes also interfere with the normal progression of mitosis. The effects of SPAG5 upregulation also increase the vulnerability of the cancer cells towards these compounds. New drugs that increase SPAG5 expression could make the cells more valuable for traditional chemotherapeutics. However, such compounds still need to be developed and tested before they become available as treatments.

The discovery of the SPAG5 biomarker could lead to new strategies to treat cervical cancer, but this is still in its infancy. In the mean time, the most clinically useful aspect of this study is the potential ability to identify patients with breast cancer who are likely to benefit from anthracyclin-based chemotherapy. Patients with low SPAG5 expression, whose predicted response is poor, could be spared from the known side-effects of this therapy such as cardiac toxicity when more effective agents could be used.

SPAG5 as a prognostic biomarker and chemotherapy sensitivity predictor in breast cancer: a retrospective, integrated genomic, transcriptomic, and protein analysis – The Lancet (2016). 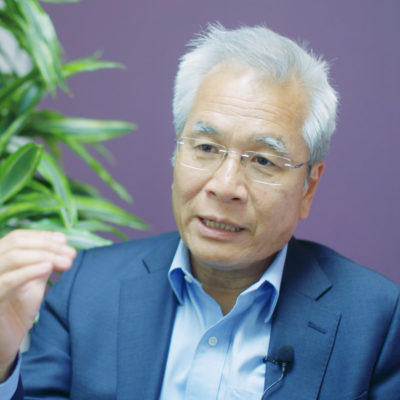 Professor Chan is also the Director of Clinical Trials in Breast Cancer and Gynaecological Cancer. For over two decades he has been at the forefront of researching and treating breast and gynaecological cancer. Over the last 25 years, he has played a pivotal role in the discovery and licensing of a number of new chemotherapy treatments as well as novel targeted therapies. His group’s current interests include the development of new cancer genes and tests to select the best treatment for individual patients.