The FDA has recently accepted apaziquone (EO9) for review as an adjuvant therapy for the treatment of bladder cancer. Getting this far hasn’t come without a fight. It was originally developed at the University of Amsterdam in the mid 1980’s but its clinical evaluation was halted after phase II trials failed to show efficacy. Many years later, deeper insights in its pharmacology revealed the reasons for this failure and allowed researchers to redefine the type of cancer against which it can be used. The story of EO9 can teach us some important lessons for drug discovery programs in general.

Originally, EO9 was developed as a derivative of the chemotherapeutic mitomycin-C. This drug prevents tumor growth by interacting with a cell’s DNA and inhibiting cell division. Like most chemotherapy treatments, its effects aren’t selective to tumor cells and also damage normal, healthy cells, leading to a number of side effects. This can be overcome by creating prodrugs, molecules that are converted to the active therapeutic by the tumor cells. EO9 is such a prodrug, converted to its active state in the absence of oxygen.

After promising preclinical results, the first phase II trials with EO9 were conducted in 1994 on patients with advanced breast, gastric, pancreatic, colorectal and non-small cell lung cancer. Regrettably, no anti-tumor activity was seen.

In addition to the conditions required for prodrug activation within the cell, a drug’s efficacy is mainly determined by tumor properties such as the presence of blood vessels nearby and the ability of the drug remain stable and to penetrate through multiple layers of cells. These elements were found to be EO9’s Achilles heel: later experiments showed that EO9 was degraded rapidly in both rodents and humans. Its penetration rate through multiple cell layers was also shown to be slow. EO9’s lack efficiency could thus be explained by the drug being unable to reach the tumor.

Researchers intelligently used these weaknesses to the drug’s advantage by applying it directly to the tumor instead of relying on delivery through the bloodstream. This type of “loco-regional” administration circumvents drug delivery problems and improves penetration, as the drug is retained near the tumor for a longer period. Furthermore, risks of side effects are reduced since the drug is rapidly cleared when it reaches the bloodstream.

Following studies that demonstrated that superficial transitional cell carcinoma (TCC) of the bladder fulfilled the key conditions for EO9 activity, a phase I/II pilot study commenced in 2004. The drug was well tolerated and could not be detected in the bloodstream. Loco-regional administration led to a significant increase in drug exposure compared to administration through the bloodstream and complete remission was observed in 8 out of 12 patients. A later phase II study, in which 45 patients received 6 weekly instillations with EO9, showed complete response in 67% of patients. EO9 was reformulated in 2007. The results of its phase III trials were presented earlier this month and confirmed the already positive results.

The EO9 story reopens the door for compounds similar characteristics: beneficial effect but quick degradation. These are now ideal candidates for loco-regional therapies, which are emerging in combination with surgery and chemotherapy. Many of the compounds that were rejected can now be revisited and re-evaluated as potential loco-regional therapies. As a first case, apaziquone is nearing therapeutic availabililty with a good safety profile for superficial bladder cancer patients.

EO9 (Apaziquone): from the clinic to the laboratory and back again – British Journal of Pharmacology (2013) 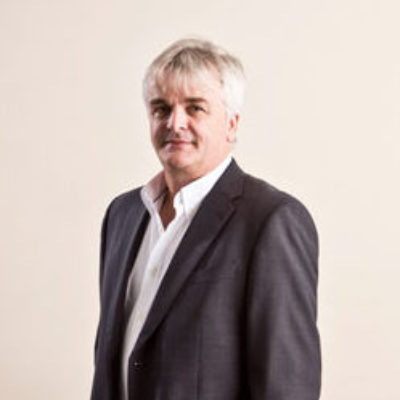 Prof. Phillips was appointed as Professor of Cancer Pharmacology at the University of Huddersfield in 2014. His research focuses on the preclinical and early clinical evaluation of novel anti-cancer drugs with a specific interest in the tumor microenvironment as a target for drug development.