Apatorsen to treat prostate and other advanced cancers: a phase I study

In response to harsh conditions, cells protect themselves by producing so-called “heat shock proteins”. One of these, Hsp27, is present in high amounts in numerous cancers and associated with worse outcomes. This study investigated the safety profile of a new compound that inhibits the production of this protein by targeting its cellular blueprint.

In preclinical models, prostate cancer cells were shown to produce more Hsp27. In these cells, the protein helps the cells stay alive and multiply. Suppression of its production increased programmed cell death and made the cells more susceptible to hormone therapy and chemotherapy.

Apatorsen is a short fragment of genetic material, chemically modified to enhance potency and reduce toxicity for normal cells. It binds to the blueprints used by the cells to produce Hsp27 and marks them for degradation. In preclinical tests, the compound has been shown to inhibit tumor growth, impede metastasis and increase cell death, both alone and in combination with other treatments. This is the first trial in humans, performed to evaluate the safety and determine the recommended dose for later trials.

52 patients with castration-resistant prostate cancer received three doses of apatorsen during a 21-day study period. They were distributed among different dosages (200 – 1000 mg) and continued treatment until unacceptable toxicity or disease progression. In addition to monitoring their side effects, blood samples were taken to investigate the number of circulating tumor cells (CTC).

The treatment with apatorsen was well tolerated even at 1000mg, which is much greater than for similar therapeutics. Observed side effects were dose-related, but generally mild and without clinical consequence. They included chills, fever, flushing and nausea.

Early assessment of antitumor activity was promising – even in heavily pretreated patients – as the number of CTC declined significantly across several dose levels. This typically translates to an improved survival in many cancers. In prostate cancer patients, a drop of more than 30% in PSA concentration, the most widely used biomarker, was observed, indicating a potential anticancer effect.

The acceptable safety profile at the highest tested dose and the promising therapeutic indications pave the way for phase II clinical trials where the therapeutic effects are studied rigorously. Because of the association of Hsp27 with a wide range of cancers, phase II trials have been set up for patients with castration-resistant prostate cancer, bladder cancer, lung cancer, and pancreatic cancer. Some have already been completed, but no results are yet available to the public. The last trial is expected to be complete by the end of 2017.

A phase I dose-escalation study of apatorsen (OGX-427), an antisense inhibitor targeting heat shock protein 27 (Hsp27), in patients with castration-resistant prostate cancer and other advanced cancers – Annals of Oncology (2016) 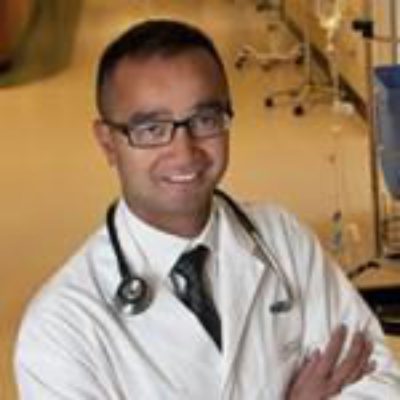 Dr. Chi has received national and international recognition for his contributions to prostate cancer research. He has a special interest in investigational new drugs, including phase I, II and III clinical trials, therapeutic use of antisense oligonucleotides and mechanisms of treatment resistance.