‹ Read newer
Read older ›
View all articles
Share on Facebook Share on Twitter Share on Linkedin
During the development of cancer, our metabolism is hijacked, and new blood vessels are formed to provide nutrients to the growing tumor. Scientists from VIB and KU Leuven are working on how to stop these processes. Sarah-Maria Fendt and Peter Carmeliet have recently reported a new strategy to suppress endothelial-cell proliferation and the formation of pathological blood vessels by blocking fatty-acid oxidation Peter Carmeliet is the director of the Vesalius Research Center (VRC) and a leading Belgian scientist who pushes the boundaries in interdisciplinary research and aims to translate new insights into new therapies. He is looking for new therapeutic targets in pathological angiogenesis, which happens, for example, when cancer cells release different molecules to encourage the growth of blood vessels that are
needed to feed the growing tumor.

What is so unique about angiogenesis that you decided to focus your research on it?
Peter Carmeliet: Blood vessels provide oxygen and nutrients to every organ in the body. Therefore, blood vessels play an important role in the illness of an organ, making them a very attractive therapeutic target. Additionally, the endothelial cells that make up the blood vessels are extremely plastic, unlike many other cells. They can be at rest for a long time, and start growing rapidly in case of disease (e.g. cancer). However, it is possible to turn the switch back off to the resting state and that is exactly what we are trying to do.

Blood vessel formation requires an energy source and building blocks, such as fatty acids. Why did you target fatty acid metabolism?
Peter Carmeliet: We are systematically analyzing how metabolism controls angiogenesis. Fatty acid metabolism was under-investigated, so we decided to have a closer look at it. Surprisingly, it turned out that fatty acids were necessary for DNA synthesis during endothelial cell proliferation, a key process in vessel formation.

What inspired you to start working on cancer cell metabolism?
Sarah-Maria Fendt: It was always inherently interesting for me that virtually any cellular process is directly or indirectly dependent on metabolism. Each and every cell needs energy and building blocks to live and to proliferate. Although metabolism may appear to be an area which has already been extensively explored, each discovery shows us how little we actually know about it. We also take advantage of the data gathered over the decades on, for example, the metabolic reaction network and integrate them into computational models. These models are great tools to analyze data and to generate new hypotheses.  Cancer metabolism is a particularly interesting area as there are many potential possibilities to come up with new therapeutic strategies.

Your recent study in collaboration with Peter Carmeliet explains that fatty acid oxidation is an important carbon source for sustained nucleotide production and thus DNA synthesis in endothelial cells. This is in contrast with the common belief that the DNA carbon backbone is mostly provided by sugars and some amino acids. Why did you decide to challenge this idea?
Sarah-Maria Fendt: When I joined VIB, substantial data was already available, which showed that fatty acid oxidation played a role in angiogenesis, but was not needed to provide energy or to secure redox homeostasis. Angiogenesis consists of two processes: cell proliferation and migration. The group of Peter Carmeliet had already figured out that when the gene of CPT1A (carnitine palmitoyl-transferase 1A, an enzyme taking part in fatty acid oxidation) was knocked out in mice, it caused defects in endothelial cell proliferation but not in endothelial cell migration. They also knew that 13C labeled carbons of fatty acids were incorporated into DNA. Yet the precise molecular mechanism remained unanswered. We investigated what could be the reason for that, using 13C tracer analysis. We analyzed the concentrations and 13C labeling patterns of particular metabolites and all of the data suggested that blocking CPT1A changed the metabolism of nucleotides. This was quite surprising and unexpected, but if you work in the sciences, you must keep your eyes wide open to see new ideas and possibilities.

Blocking fatty acid oxidation by inhibiting CPT1A prevents excessive angiogenesis in mice. Will it be also applicable to humans?
Peter Carmeliet: At the moment we have basic results in the preclinical mouse model. We also did experiments with primary human endothelial cells, with essentially the same result. The chances are high that this mechanism will work in humans in the same way and that CPT1A inhibitors could be used for therapeutic purposes. However, since mice are not men, further rigorous testing will be required to see how effective these blockers are in humans.

These findings have the potential to be translated into cancer therapy, where angiogenesis can be targeted to stop tumor growth. Could CPT1A inhibitors be used to stop angiogenesis in cancer?
Peter Carmeliet: We are indeed exploring whether CPT1a inhibitors can alter tumor vessels so that we can inhibit primary tumor growth and metastasis.

Sarah-Maria Fendt: There is ongoing research for several metabolic pathways regarding their ability to inhibit blood vessel formation and thus inhibit tumor growth. The first target is down-regulation of glycolysis (demonstrated by P. Carmeliet in 2013), which is already being translated into clinical applications. The next step could be blocking the activity of CPT1A, but it still has to be proven whether we can target fatty acid oxidation to cure diseases.

Blocking blood vessels’ energy source may stop cancer progression, blindness, and other conditions. By blocking fatty acid oxidation, it is now also possible to take away the biomass building blocks necessary for it. Can this be combined into one therapy?
Peter Carmeliet: This is exactly what we are exploring. It is based on synthetic lethality – by blocking two or more complementary, non-overlapping metabolic pathways, it is possible to evoke a therapeutic effect in a synergistic way. One company in the US is already testing an inhibitor of the glucose metabolism enzyme (PFKFP3) in phase I clinical trials. In the coming years, we will know whether it works. Biotech companies are also showing interest in the fatty acid oxidation pathway. VIB is also considering setting up a company around these targets.

How will you continue this project?
Peter Carmeliet: We will continue to investigate how fatty acids regulate angiogenesis in health and disease, and explore how we can target this metabolic pathway best to achieve the largest anti-angiogenic effect. In addition, the role of amino-acid metabolism has not yet been fully described, so we are investigating that now too. On top of this, we are looking at other endothelial cell types, such as those that create the lymphatic vessels. Lymphatics take part in metastasis and dissemination of cancer cells. We are trying to cover as many important metabolic pathways as possible in different endothelial cell types.

Sarah-Maria Fendt: Our group is investigating cancer cell metabolism, but we are not limiting ourselves to that. Metabolism is involved in many diseases such as epileptic seizures, strokes and heart attacks. They all involve changes in metabolism. We will continue to collaborate with Peter Carmeliet’s lab, on the metabolism of endothelial cells, but our main projects are currently focused on cancer and metabolic syndrome metabolism.

VRC focuses on translating molecular insights in therapeutic concepts. Which ideas of yours have already been translated into therapies?
Peter Carmeliet: Oncurious (a new oncology company launched by ThromboGenics and VIB) will develop and translate anti-PlGF antibodies for the treatment of children with brain cancer (medulloblastoma). Medulloblastoma patients are currently treated with chemotherapy and irradiation, but irradiation causes neuronal damage due to the brain’s poor regenerative capacity. The IQ and the psychosocial abilities of the surviving patients drop with each year of the therapy. Through the use of anti-PlGF antibodies we could possibly lower the irradiation dose so that it is still effective (together with anti-PlGF) but with less toxic side effects. In the phase I clinical trials on adults, we haven’t seen any major side effects, therefore we think it is really promising.

Another therapy that we would like to develop in the near future is the use of VEGF for the treatment of underdeveloped lung epithelium in prematurely born children. VEGF given to the airways helps to mature the lungs and keeps them from collapsing. We have demonstrated that it works in mice, and we are now trying to confirm with our collaborators that it is also effective in other species. If this succeeds, we will be looking for a biotech or pharma partner to further develop it.

Blocking fatty acid breakdown could be a possible therapeutic target in the battle against cancer, but also against other diseases like e.g. retinopathy of prematurity which causes blindness. However, many more years of research are required to confirm this. In case of success, it can be incorporated in the anti-cancer therapy based on synthetic lethality. This involves blocking multiple complementary, non-overlapping, metabolic pathways to evoke a therapeutic effect. So far, the results are very promising and Biotech companies are already showing interest in the fatty acid oxidation pathway. 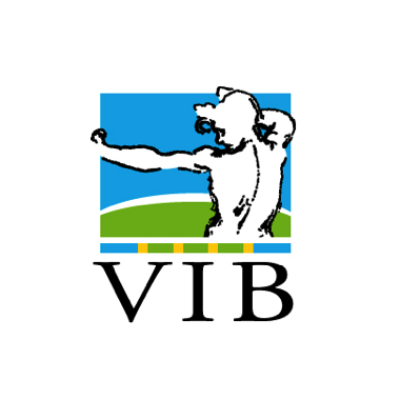 VIB is a life sciences research institute, based in Flanders, Belgium. We perform basic research with a strong focus on translating scientific results into pharmaceutical, agricultural and industrial applications.